"MyBestWebsiteBuilder" is an independently-run project. All the content is open & free. You can help run the site unbiased & free with the help of donation. Any support is greatly appreciated!

Find Out Your Internet Speeds With This Simple Tool 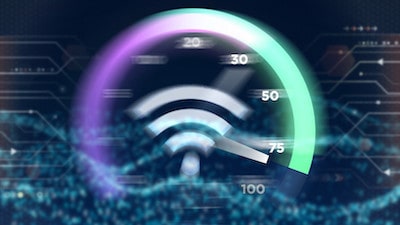 For many, high internet speeds aren’t only a “nice-to-have” feature - it’s a necessity. Unfortunately, it can sometimes be difficult to tell whether your connection is slow, or perhaps there’s some sort of a different issue with the website that you’re trying to access?

Also, if you are experiencing a slow connection, you can try using VPNs to boost up your connection speeds.

In order to be sure, you need the best internet speed test. That’s exactly what you’ll find on this page! That being said, there are a few things worth covering before we move on to the test itself.

A lot of different criteria impact the speed of your internet. We’ll go through some of the main ones, in order for you to have a better understanding of how internet speeds work.

After that, I’ll tell you about the different internet speeds that there are. A lot of people wonder - “what is good internet speed?”. That’s exactly what we’ll cover.

Finally, I’ll tell you about the tool itself and why you should use it over other alternatives that are currently out there in the market.

What Can Impact Your Internet Speeds?

As I’ve mentioned above, there are a few big factors that might impact your internet speeds. I can give you a great example from my own personal experience - I’ve tested the internet speeds in my office several times now. In between a few weeks, the difference in download speed was almost 40 Mbps!

So, what could influence such a huge difference in results? A skeptic would say that it’s most likely a faulty speed testing program, but I’d beg to differ.

First of all, running software. In our daily life, we use a whole bunch of programs that take a toll on our internet speeds - that’s pretty common. For example, if you're building your website with a website builder, it might not only take away a lot of time, but also slow down your internet with constant lags & errors. But that only happens if you're using a lousy website builder. Good quality, fast web builders save your time in many ways: it doesn't lag, it's very easy to use & you can go online in minutes! 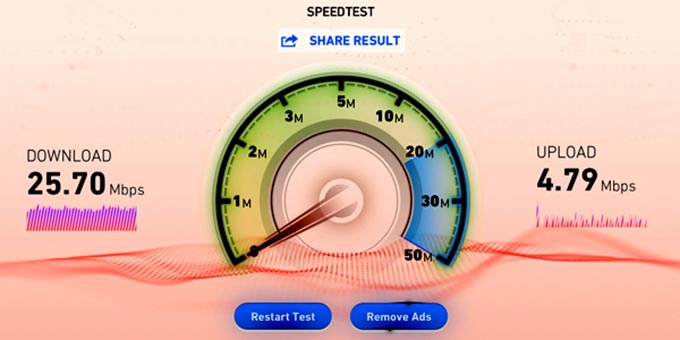 Another big thing that a lot of people seem to forget is that you are not necessarily the only person using the internet. This is especially true in an office environment - usually a WiFi there is going to be connected to at least 10-20 laptops, PCs, phones and other devices at a time.

Finally, a faulty internet connection (or a sudden drop in internet speeds) could be a problem on your ISP’s (internet service provider’s) end. People who love playing online video games will most likely relate to this pretty heavily - a sudden cut in connection can definitely cost you the match.

So, as you can probably tell for yourself, there’s a whole bunch of reasons for why you might experience problems and fluctuations in internet speeds. This is why, once you learn “how to check my internet speed”, you should perform the speed test periodically. Doing it once and then just going with it isn’t gonna grant you legitimate results.

What are the Different Types of Internet Speeds?

Now that you know some of the main factors that can impact your internet speeds, you might wonder - why does this dude calling it “speeds”? Isn’t it “internet speed”? 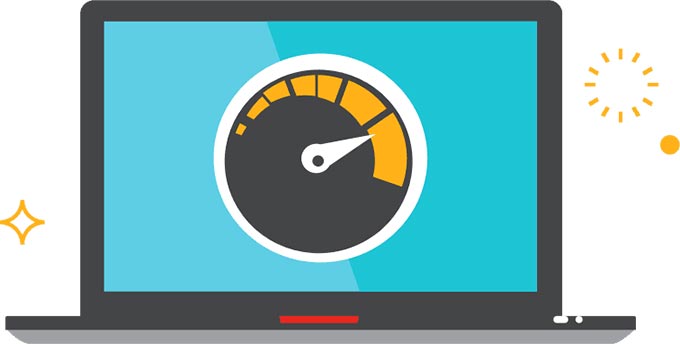 You see, when someone says “internet speed”, they are most likely referencing the download speed. This is the criterion that’s responsible for making your files download faster and your games run smoother, so, naturally, it’s going to get the most amount of attention.

However, there’s a reason for why people call it “internet speeds”. There’s also the upload speed.

Upload speed mainly becomes important when you want to share files with your friends, or simply upload something on the internet. While it might perfectly well be crucial for some (i.e. full-time youtubers), it’s generally considered to be less-important than download speed.

Finally, there’s the ping. Now, this is also a topic that will most probably be best familiar to the online gaming community. While not being a type of speed per se, ping affects just how laggy your games are - high ping means that you’re going to have a very bad time participating in online activities that require an optimal internet connection.

Needless to say, the answer will vary by quite a bit. It depends on your ISP, country and city of residence, internet quality and so on. If you’re wondering “how fast should my internet be”, it’s best that you check in with your internet service provider, just to be sure. 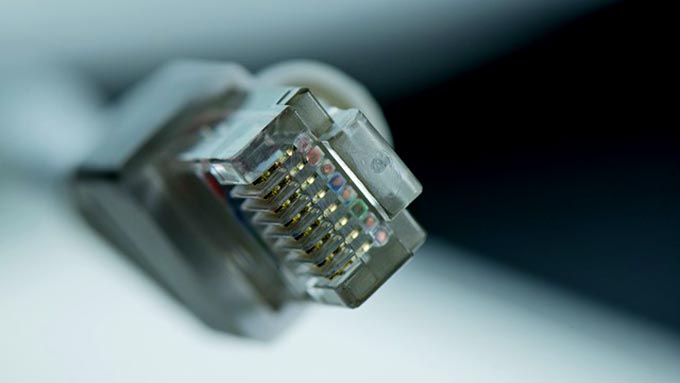 That being said, there are some “general guidelines” that you could follow. It is commonly believed that, if you have a download speed of 5 Mbps or above, you should be OK - while it’s very far from being good, it should still suffice. Just for reference’s sake, my download speed (as of writing this article, that is - it tends to fluctuate!) is 113 Mbps.

The Best Speed Test Around

Whelp, this is it - the thing that you’ve likely came here for.

The best speed test you’re likely to find around.

Let’s just quickly go over the main points of “how to check my internet speed”, and then I’ll tell you why it’s worth using this tool over the majority of others in the current market.

Using our internet speed test is as simple as clicking a button.

All that you have to do is push the button and wait a few seconds until your internet speeds are being tested. After that, you’ll receive the results - download and upload speeds, and ping.

While this might have been the shortest explanation of how to use something in a long time, it really is that simple! With that said, let me tell you why it’s worth using our speed test.

There are quite a few internet speed tests out there that either require, or “strongly suggest” that you download (or even purchase) their desktop client or some other third-party program. Not only can that be rather bothersome, but it might also pose some security concerns.

You see, there are scammy websites out there that are only looking for ways to slip a keylogger or some other virus into your system. It might not be common, but it definitely happens. When it comes to internet speeds and their testing, that’s a very “clever” way to do so - require you to download a third-party interface.

With our testing tool, however, you’ll face no such risk. Everything’s done online and with a single click of a button - no need to download anything, no fishy links, none of that. Simple and secure!

This does somewhat correlate with the last point.

Checking your internet speeds should be as simple as clicking a single button - no questions asked. Anything more than that usually tends to complicate the entire process.

Downloading clients (even safe ones), entering some sort of data, installing multiple programs can be really tedious, especially when all you want to do is simply check the speeds and be done with it. With our internet speed test, it’s as easy as it comes - you be done in just a couple of seconds!

Whatever the reason for you needing a speed test might be, you’d surely always want the results to be as close to the real deal as possible.

Well, I’m sad to say this, but that’s not always the case.

Some speed test-performing websites are configured extremely poorly. They will present you with an estimated result, which might even be close to reality, but it will still be skewed by quite a few margins.

A good way to test this is to perform multiple speed tests one after another. If you receive significantly different results every single time, then it’s pretty obvious that you’re using an unreliable and possibly scammy tool - be sure to avoid entering any of your personal information if asked to do so!

This is, once again, where our tool comes in. It has been designed to provide you with the most accurate results as possible - furthermore, you won’t need to “register” or “subscribe” in order to reveal the answers after the test is done, so you don’t need to worry about anything shady going on.

We’ve reached the end of our article about the different internet speeds and our speed testing tool.

If you’ve made it this far, you should now not only know how to use the internet speed testing tool on our website, but also have a much broader understanding of “how fast should my internet be”, how internet speeds work in general, and so on.

Remember - testing the speed of your internet should be a super-quick and easy process! If you come across a site that asks you to download something, or register your personal information in order to view the results, I’d advise you to turn away from that website and use our tool instead. Same goes for Website Builders - if you see that the web creator you're using decreases your speed significantly by lagging or being overly complicated to manage, try using a faster & user-friendlier one, like Wix.

If you’re planning to use the speed testing tool somewhat frequently, go ahead and bookmark this page for easy access. I do hope that you’ve found this article informative, and that you will use our speed testing tool for years to come!

What’s the difference between download and upload internet speeds?

In layman’s terms, ping can be referred to as lag especially in video games. It’s the amount of time that it takes for the network to register and perform your action.

Is my ISP to blame if I have a slow internet connection?

They might be, but not necessarily. There could be a variety of different factors involved, and you should get all of the secondary options out of the way before blaming your ISP.

Every time I perform a speed test, the results are different. Is that normal?

Yes, but it depends on how often you perform it. If it’s a side-by-side speed test, then the results should be rather similar. However, if we’re talking about week and month gaps, then yes - your results may vary by quite a bit.

Should I download a desktop client in order to perform my internet speeds test?

No. While it might be safe, there’s practically no need for you to download any desktop clients or mobile apps, especially third-party ones. You can safely perform the test online with the help of our speed checker.

What is good internet speed?

There are many different variables that go into this answer, but anywhere around 5 Mbps should suffice for most day-to-day online activities. 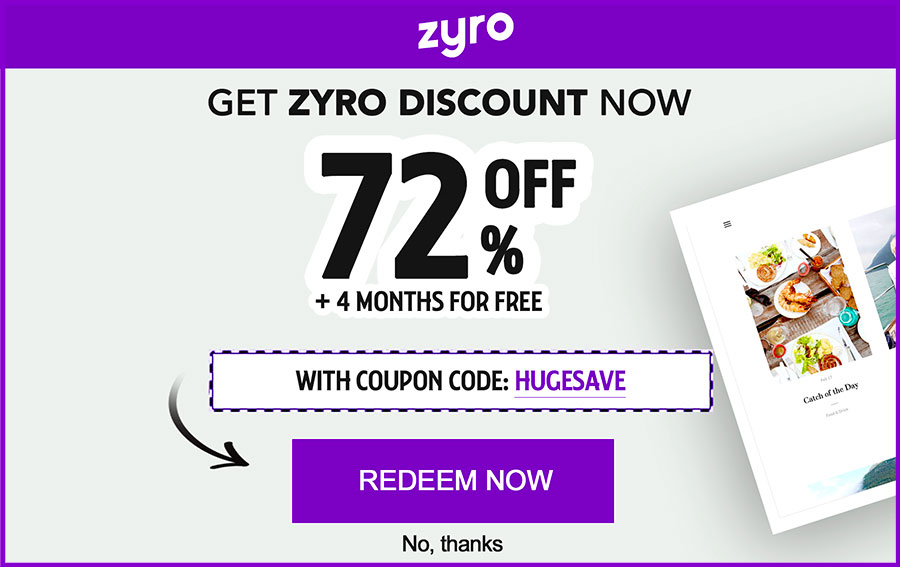